Note: This timeline is a work in progress and takes into account all the open source material that is currently available on the Army.mil website and my understanding of how these fitness test changes work

This time line is based on open source articles and primarly the timeline published on the Army ACRT site at army.mil

According to Lt. Col. Feltwell, Once the army  completes the initial operational capability the Army Combat Readiness Test could be fully implemented and the official Army Physical test of record.

FM 7-22 will be updated with the new ACFT and the training plans for prepairing for the test.

Once the field test is complete the ACFT standards are expected to be finalized. 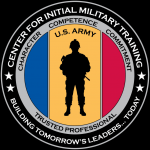 This manual contains the testing site requirements, gear requirements, and testing procedures to include uniforms and personnel. In additional the official scoring standards and score card was published.

In addition a e-mail address was set up at usarmy.jble.tradoc.list.g2-acft(-at-)mail.mil for comments or recommendations. 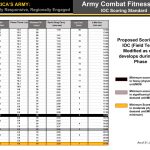 A document containing the proposed ACRT Fitness Standards was leaked and posted on ArmyTimes.com This document was later officially published in August of 2018 and contains the ACRT grading standards, score card, uniform standards and testing standards

Nearly eleven years after their first announcement the Army made a second announcement and decided that they are in fact moving forward with a “combat” focused physical fitness test.

In 2006, nearly 10 years ago, the army first announcement that the desire to moving from their APFT to a functional Combat Fitness Test.

Army-fitness.com is proud to partner with coach Meg Cruz! She’s ready to help female soldiers maximize their fitness and score on the ACFT Read More about “Featured Coach: Meg Cruz”…

Top 10 Reasons to buy your ACRT Gear from us: